One of the weekends I was in Mount Vernon my cousin and her family (who I stayed with in Seattle) suggested we all head out to San Juan Island for the day. I was all for this as I was looking forward to exploring the islands a bit while I was in the area.

The Washington State Ferries run the largest fleet of ferries in the United States, with 24 vessels. The ferries service four of the San Juan Islands, all out of the Anacortes terminal. My cousin picked me up in Mount Vernon bright and early Saturday morning and we headed over to the Anacortes ferry terminal to catch the 6:25 am ferry. This was a straight through ferry (not stopping at any other island) and arrived in Friday Harbor on San Juan Island at 7:30.

I love boats. Ferries are boats, so I love ferries. Not really sure it works that way, but I do indeed enjoy a good ferry ride. The hour long ride to Friday Harbor was peaceful, even if the ferry was droning along and it was damn cold out pre-dawn. We slipped between islands (there are over 400 islands and rocks in the San Juans) and watched the sunrise attempt to peek between the clouds.

Loaded up and ready to go! 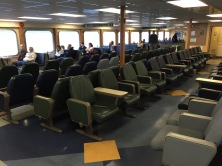 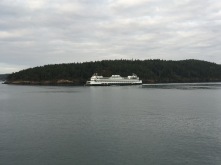 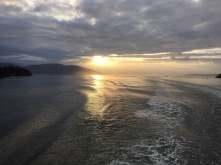 The ride back was just as enjoyable after a great day spent on the island. We arrived back in Anacortes right before sunset, having spent all the daylight hours in the islands. 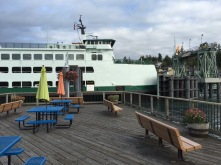 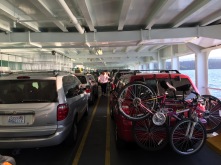 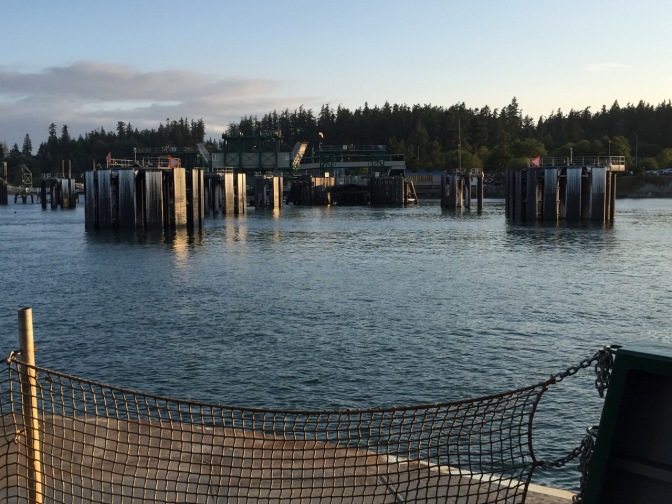 The San Juan National Historic Park exists because a pig owned by an Irishman was killed in 1859 by an American. Obviously, there is a bit more to the story than that which has to do with a dispute between England and the United States about who owned the San Juan Islands, thanks to some ambiguity in the Oregon Treaty.

Bottom line is that boys will be boys and the two countries almost went to war after the pig was killed. Cooler heads prevailed and both the US and England occupied San Juan Island for the next 12 years until the matter was resolved and the United States was decided to be the rightful owner of the San Juan Islands.

Our first stop was the American Camp at the southern tip of San Juan Island. Not much is left of this former military installation, except for a couple of buildings and a white picket fence showing the general outline of the living area. There are several hiking trails that lead down to different beaches at American Camp. My cousin’s kids, Michelle and Jason, and I headed down to one of the beaches and spent some time climbing around the rocks while a bunch of boats were just offshore fishing.

Adjacent to the American Camp is Cattle Point Lighthouse which we hiked to via the beach route. Not much to see as you can’t go inside the lighthouse, but it is an enjoyable walk in a beautiful setting.

Up near the north end of San Juan Island is English Camp, which while being a much smaller piece of property than the American Camp, has more buildings to visit and more going on. The British being, well, British, enjoyed the finer things at their camp, including a nice garden, which still exists today. There were also character actors portraying British soldiers and family members. All happening in a peaceful setting on a small bay. I felt like sitting down for a bit and having a spot of tea. 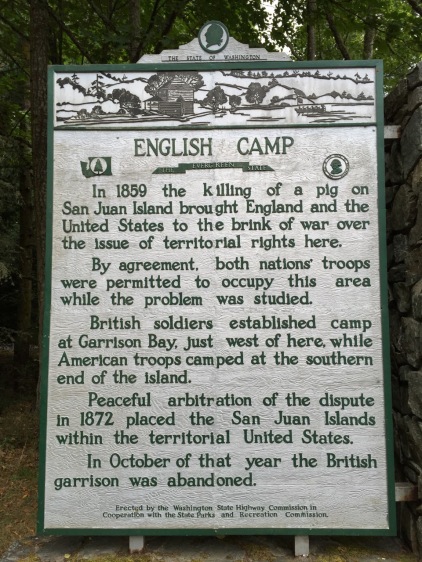 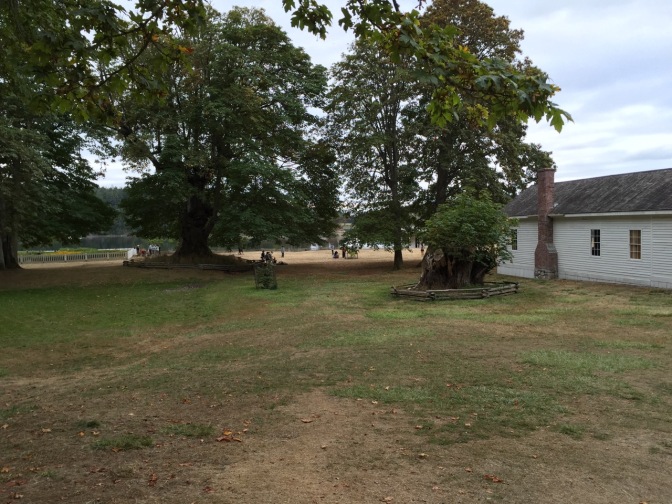 Midway down the west side of San Juan Island is Lime Kiln Point State Park, a 36-acre day use park famous as being one of the best places in the world to view orca (aka, killer whales) from land. We spent a couple of hours on the shore looking to sea and didn’t spot any whales up close. Using binoculars we were able to see some whale action far of in the distance.

There is a pod of orcas that frequent the area and the rangers keep track of where they were last spotted. Unfortunately the whales had headed south shortly before we arrived at Lime Kiln Point (named for lime kilns operated here starting in 1860, but long inactive). It would be hours before they were expected back, but that didn’t stop us, and many others, from hanging out in the hopes of seeing orcas up close.

Our last stop on San Juan Island was Roche Harbor, located due north of English Camp, in the northwest corner of the island. Originally a company town back when lime was produced here in the late 1800’s. Now Roche Harbor is a resort town which includes the Hotel de Haro, which is the state’s oldest continually operating hotel having opened in 1886.

I remember flying into Roche Harbor back in the day with my old buddy Robert, but this time around we just enjoyed some ice cream and wandered around. 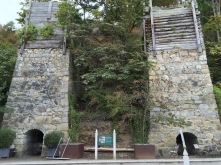 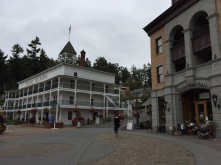