Back in the day I was an aircraft mechanic and I went to school on Paine Field in Everett, Washington. When I was spending a couple of weeks in Seattle I decided to head up to Paine Field, but not because I went to school there, but rather because there was another aviation museum to see!

But before I saw some very cool old planes, I did swing by my old school for a little reminiscing. I attended Everett Community College’s aviation maintenance program back in the early 90’s and like so many places in Washington, I haven’t been back since I completed the 2 year course.

When I was walking around the front of the school taking pics, I noticed a familiar face. One of my instructors was entering the building. I couldn’t believe he was still working there, and technically he isn’t as he was now working for the FAA as an examiner. Turns out he was winding up this part of his career and was retiring in a few weeks. Perfect timing!

He invited me inside where we talked a bit and I decided I didn’t remember a damn thing about the inside of the school, despite it being the same. Still good to go back and attempt to jog a memory or two. 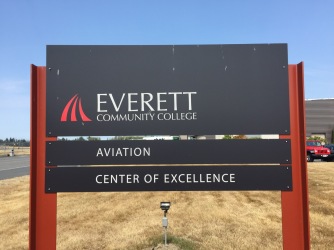 Then I was off to the Flying Heritage Collection which is a fairly small collection (less than two dozen) of mainly World War II military aircraft, as well as some military artifacts (mainly WWII weapon systems). The Flying Heritage Collection opened to the public in 2004 and was formed after Paul Allen started collecting rare World War II aircraft in 1998.

The collection moved to its present location in 2008 and underwent an expansion in 2013. It is now housed in two hangars, for a total of 51,000 square feet of display space, so it isn’t that large. But let me tell you, there are some really gorgeous aircraft on display, the majority of which are in flying condition.

I met an old high school friend at the museum. I hadn’t seen Matt in a very long time and it was great to catch up with him! 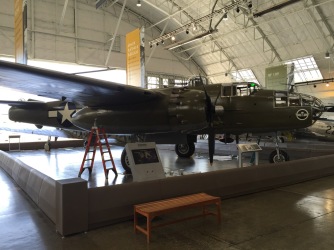 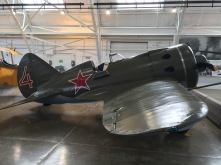 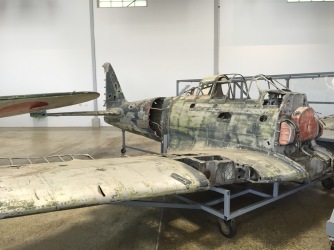