After leaving McCall we were headed to the northeast corner of Oregon and needed a place to stay. As we were traveling on a work day I didn’t want to make the entire trip in one shot, especially on the not so quick roads of this part of the world. No Interstates here.

We originally had Copperfield Park as a destination since it was the midway point of our trip (and also, oddly enough, in Midway, Oregon). After a quick couple of passes through Copperfield Park we decided we really didn’t want to be so close to our neighbors in a super crowded place. It reminded me of a commercial RV park, to be quite honest. So we turned around and backtracked a bit to Woodhead Park.

Both parks are on the Snake River and are run by Idaho Power as they are both just upstream of dams. We had done a quick drive through of Woodhead Park on the way to our original destination just in case Copperfield didn’t pan out, so we weren’t exactly backtracking into the unknown.

Turns out we made a great choice! With 124 sites, Copperfield is spread out on a hillside with the sites on different levels, from the water up to probably 70 or so feet above the river. Spacing is good and we were able to get a water view site about halfway up the hill. And not on top of our neighbor. Always a plus! So are the water and electrical hookups, especially during the toasty month of June. 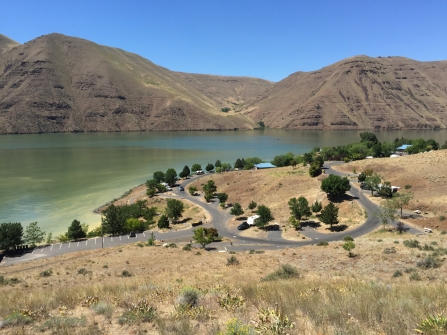 Overview of the area we stayed. Ignore where we were parked as this was our first time here, before heading over to Copperfield, and we just parked to climb the hill. 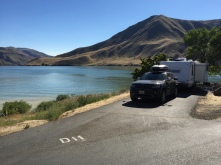 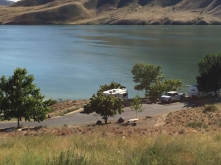 Not a bad spot (center) 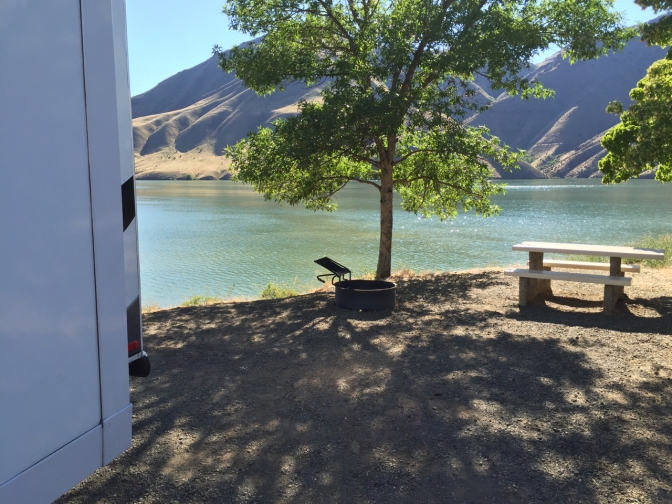 View from our backyard

There were plenty of people camping here, they just were all congregated down by the water. Packed in. As in cars spilling out onto the road making it almost impossible to get the trailer through as we were scouting out a site. Um, no thanks! Not our kind of scene. So we headed for higher ground and were very happy.

Part of the crowd 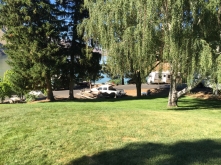 Some of the crowd down by the water 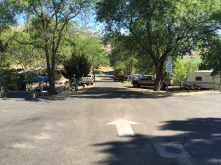 This is very much arid land. Brown. Dry. Stark. In other words, quite beautiful (trust me, if you have never experienced it). This is also a dammed river, which isn’t a great thing. But even Kathy (who really doesn’t like dams) commented on how beautiful the river looked even in its unnatural state. Sometimes there is good in bad. Sometimes. 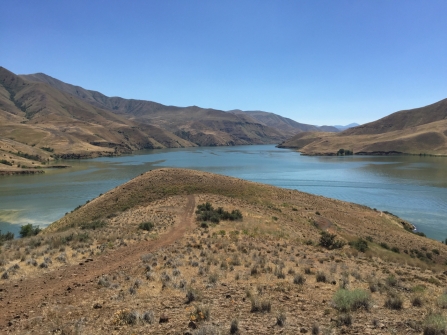 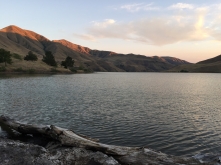 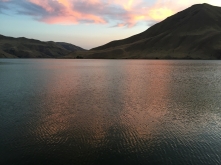