Just up the road from Bandera Volcano and Ice Cave is El Morro National Monument, which is a sandstone bluff with a pool of water at its base. In other words, an ideal watering hole for travelers passing through an otherwise barren region. And it served as such from the time of the ancient Indians, to the Spanish conquistadors, and American settlers moving out west.

A very cool feature of El Morro is that these travelers inscribed their names, dates of passage, and sometimes a little piece of their story, in the soft sandstone. So get out your reading glasses as we explore El Morro National Monument!

View as you enter the monument 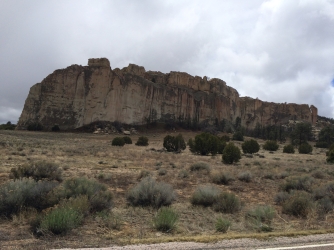 View from the main road

It was the same cold, crappy day that I visited Bandera Volcano and Ice Cave, so I was prepared for another freezing hike to explore the area. And I wasn’t disappointed. Though the sun did make an attempt to come out. For like 2 minutes. Yippee!

There is a 2 mile loop trail that takes you up onto the top of the mesa, where you get an awesome view of the surrounding area and the box canyon hidden by the bluff. This trail was constructed in the 1930’s by Civil Work Administration. They literally cut steps into the sandstone and scored lines along the top to guide you along the path. Something tells me this wouldn’t happen today. 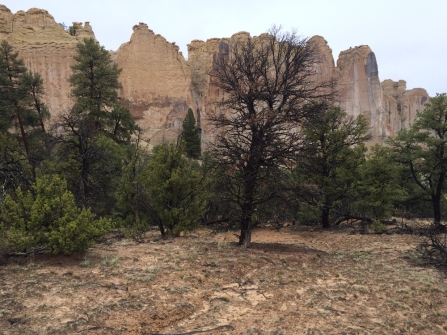 View from the start of the trail 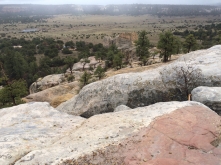 View of the inscription rock

Down the back side of the trail 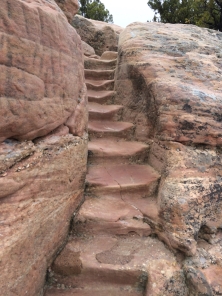 You go up onto the top of the mesa, trek around there a bit getting some awesome views of the box canyon, then you come down the other side where you view the inscriptions at the base of the rock face. There is a shorter 0.5 mile trail you can take to view just the inscriptions, most of which is wheel-chair accessible. This also takes you by the pool, which doesn’t look to appetizing today. I am hoping the water was a little more inviting back in the day. 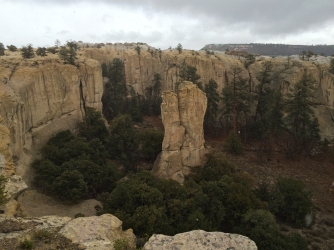 Along the face of the very tall sandstone cliffs are inscriptions carved by travelers over the ages. The Puebloans (Native Americans), the Spaniards (conquistadors) and the Americans (settlers moving west) all left their mark in the sandstone.

The Inscription Rock Loop Trail takes you along the rock faces where you can view a bunch (I mean, a whole bunch!) of inscriptions. It was incredibly cool to read the inscriptions and try and put yourself in the minds of the men and women who where passing through and decided to leave a lasting mark. 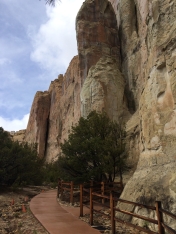 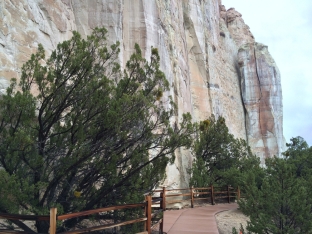 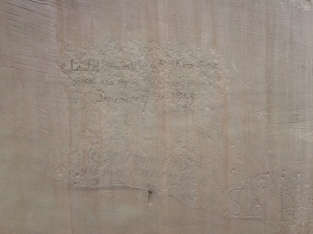 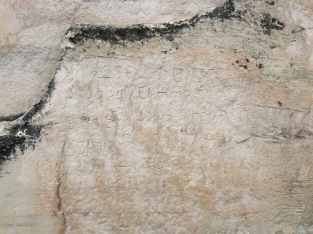 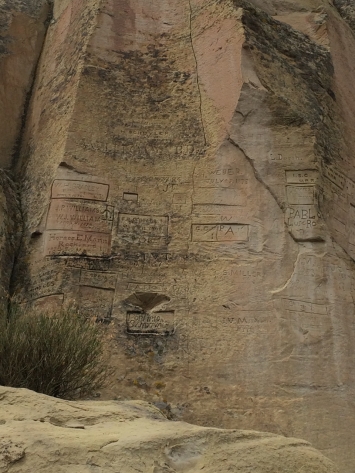 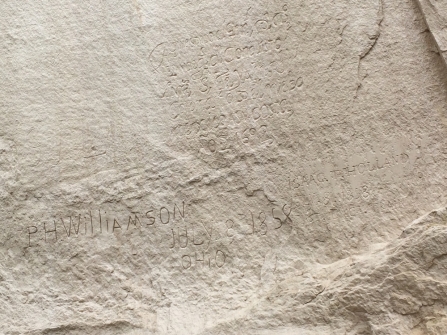 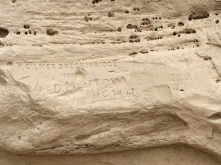