The Chevrolet Corvette is an American icon. If I am not mistaken it is the original American sports car, having been introduced in 1953. The Corvette is also the longest running continually produced production car in the world (or is it just America? Doesn’t really matter, it has been produced a very long time without interruption). Since 1981 the Corvette has been produced in Bowling Green, at an old Chrysler air conditioning plant, of all things.

I haven’t always liked the Corvette, but have come to appreciate it over the years. Which is why I found myself in Bowling Green, Kentucky. To tour the Corvette factory. Cause I now think it is a pretty damn cool car!

Keeping true to my dislike for commercial campgrounds, I decided to spend my two nights in the Bowling Green area at my first US Army Corps of Engineers campground. Bailey’s Point is largest of several US Army Corps campgrounds on the Barren River Lake (yeah, a river lake – go figure!) and about a 30 minute drive from the Corvette factory.

All by my lonesome

I arrived without a reservation and chose a gorgeous campsite on a hill with a spectacular view of the lake. And I was the only one in that section. The site was up a steep driveway and only had a level area for maybe a 30 foot rig, which limits the number of people who could stay there and in its neighboring sites. Their loss is my gain! While the masses were huddled around the restroom facility where the larger sites were, I was enjoying my awesome lake view in piece and quiet.

Not a bad office view!

The National Corvette Museum is located right next to the Corvette factory so I decided to visit it before my early afternoon tour of the manufacturing plant. I guess it is a cool museum if you are really into Corvettes, but since I had just come from touring the USAF Museum, which was the biggest and most impressive museum I have visited so far, the Corvette museum was a bit of a disappointed. So if you are gonna visit these two museums, I recommend you do it in reverse order from what I did. Just saying…

With the requisite displays of different generations of Corvettes, as well as some show and prototype vehicles, there was definitely plenty of eye candy, but I cruised through the museum in less than an hour. 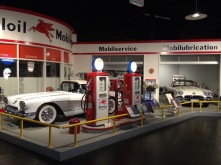 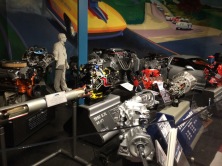 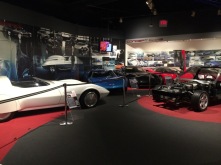 The one section that I found to be really cool was the sink hole. Yup, a real sink hole that swallowed up 8 Corvettes in February 2014. They eventually removed all 8 vehicles, but they aren’t the same as they were before they were headed down towards China. Damage ranged from not so bad to crushed beyond recognition. All 8 cars are currently on display, as is the hole itself, while the museum figures out what they are going to do. It seems that people like sink holes that swallow Corvettes, as museum admission has gone up substantially since the ‘incident’. So the museum recently decided to keep part of the sink hole as a permanent display. 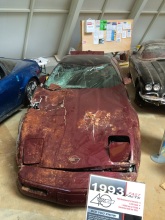 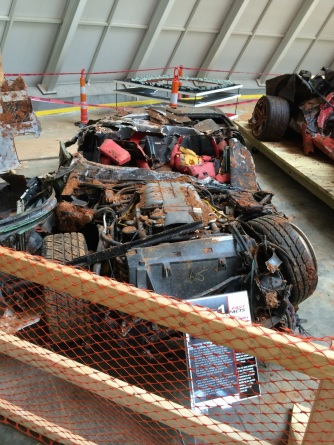 Unfortunately there are no cameras allowed inside the Corvette factory, so this portion is going to be a bit lacking in the visual department.

General Motors offers tours of their Bowling Green manufacturing plant, but does charge $7 for the pleasure. They do allow you to register online for those that plan ahead, but also allow for walk up admissions as well. Because I wanted to make sure I got a tour, as I didn’t see myself being in this part of the world again anytime soon, I reserved online. 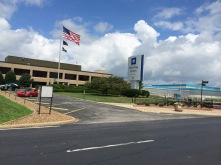 For the tour you park in the same area as the employees, so I found it amusing that the parking lot was full of General Motors products. I guess the employees are loyal like that. Or get a smoking deal.

The tour itself took something like 1.5 hours and involved a bit of walking. Through the factory. A working factory. With things zipping around. And cars being made. Yeah, it was pretty cool. My first auto factory didn’t disappoint. Cause who can be disappointed by big robots making cool cars?

Current production rate is around 170 Corvettes a day, which is higher than normal as the demand for the C7 (current generation) is high. A good problem to have! No wonder people are snapping these things up as it is one beautiful car! If I could tow my house with one I would consider it…

Was I glad I made the trek to Bowling Green? Absolutely! I have wanted to tour the Corvette factory for a long time and Kentucky is absolutely gorgeous. Would I go way out of my way to visit? No. But since I was in the area it was a worthwhile stop.