I have departed Albuquerque, New Mexico after spending over 2 months exploring the area and visiting a dear friend that I have known since I was barely into the double-digits (or maybe I was still in the single-digits – its hard to remember things like that when you get old). As the first stop after my journey began, I spent more time here than I plan to spend in most places. This gave me the opportunity to come to a few conclusions about the ABQ. Of course I don’t pretend to have the wisdom of the area that would come with living here for years, but they are my observations none the less.

1. Wind. OMG! The wind. I was warned before arriving that I was coming during the windy time of the year, and the weather didn’t disappoint. I distinctly remember a stretch of three days at the end of April where the wind was howling in the 40+ mile per hour range for hours on end. Not the most comfortable feeling when said wind is hitting the square fiberglass box that you live in directly broadside. And rocking, rocking, rocking your trailer to the point of you wondering if your world was about to be turned upside down. Literally.

And how I would have enjoyed sitting outside more except for the wind. Blowing dust. Everywhere. Which make for a very unpleasant outdoor experience. 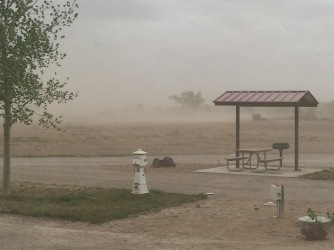 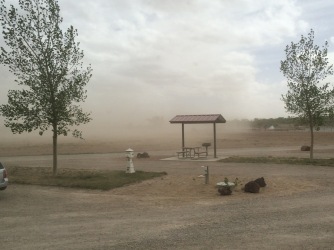 2. Beer. Who would have thought that the ABQ would have such a wide variety of breweries? Certainly not me! But it does to my pleasant surprise. I am a sucker for a good beer and Albuquerque has that in abundance. Some breweries were better than others, and a few warranted multiple return trips. The things I do in the name of exploring an area!

My only complaint is that the trend seems to be putting breweries in areas what have really poor parking. Quite a few are in industrial areas that basically only have street parking. This is definitely an issue on popular days. Basically Monday thru Sunday as the breweries always seemed to draw a great business regardless of the day of the week. So be prepared to walk. Fortunately this works up a thirst. 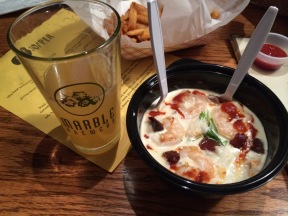 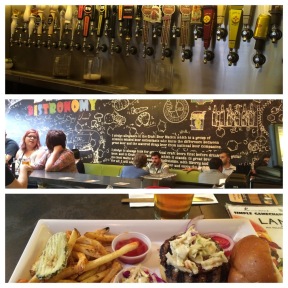 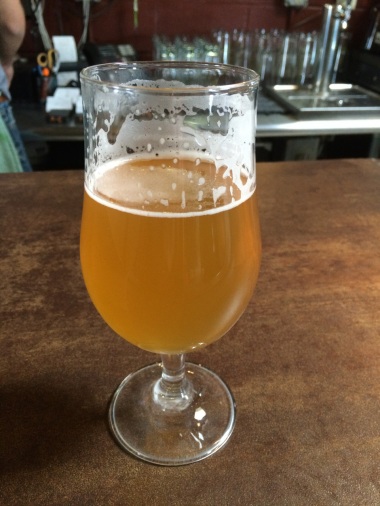 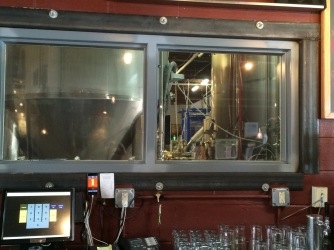 View from the bar at the Marble Brewery 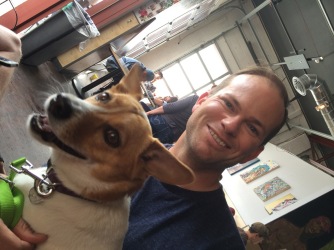 Many breweries are dog friendly

3. Food Trucks. Another pleasant surprise was the vibrant food truck scene in the ABQ. They are everywhere and while I was disappointed a time or two, I never had a downright horrible meal. More often than not I was very happy with the meal that I had from what can no longer be called a roach coach.

Fun fact: Breweries in New Mexico are not required to serve food, unlike other states I have been in (granted I haven’t been at breweries in that many states – yet). So instead there is usually at least one food truck parked outside the brewery so that customers can get some grub. Really not a bad setup. A variety of quality food served with quality beer. Definitely a win-win for everyone! 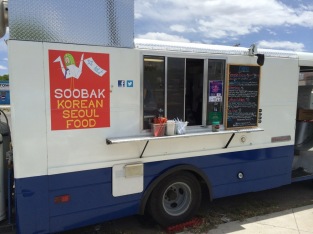 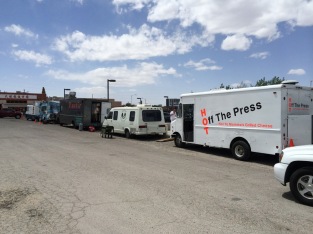 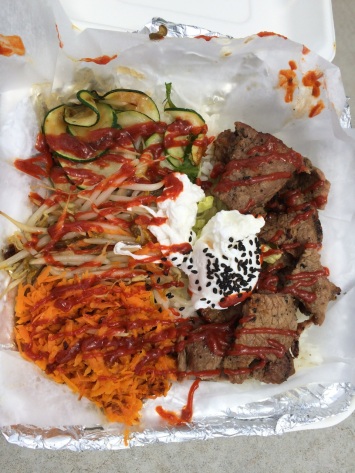 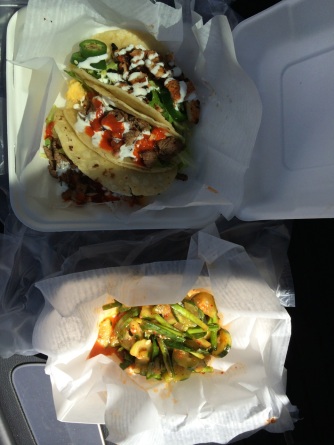 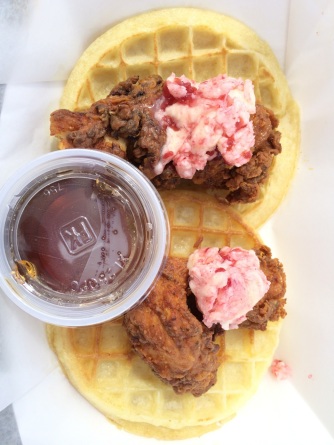 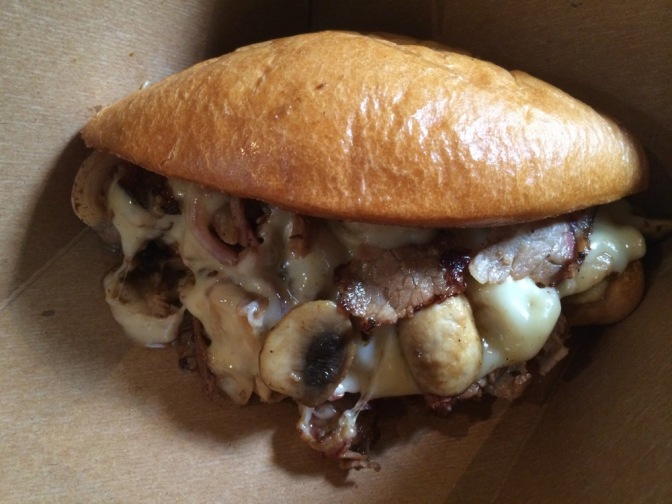 4. Outdoor activities. New Mexico is quite beautiful and I have seen just a small portion of it. Albuquerque is no exception with many opportunities to get out and see nature. There are plenty of opportunities to get outside and hike, bike, or do whatever strikes your fancy. From the Sandia Mountains towering to the east offering many hiking opportunities to the Rio Grande Valley offering a 4,300 acre park extending the entire length of Albuquerque, there is plenty to do within minutes of the city. And there are huge amounts of activities within a days drive. Hard to get bored if you enjoy the outdoors. 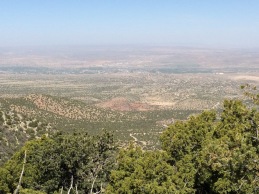 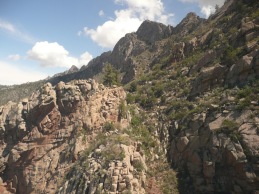 5. Flying Field. OK, this one might be a wee bit specialized, but it is of particular interest to me. I flew remote control aircraft as a teenager and rekindled this hobby late last year, so I am always looking for a place to fly and the ABQ has probably one of the best city owned facilities for doing so. The City of Albuquerque’s Balloon Fiesta Park is a 360 acre park where the world famous balloon fiesta is held each year in October. The rest of the year it is a multipurpose facility where one can fly remote control aircraft. What a spectacular facility it is. Wide open. Vast. No obstructions. The perfect place to fly and one that I took advantage of during my stay in the ABQ. 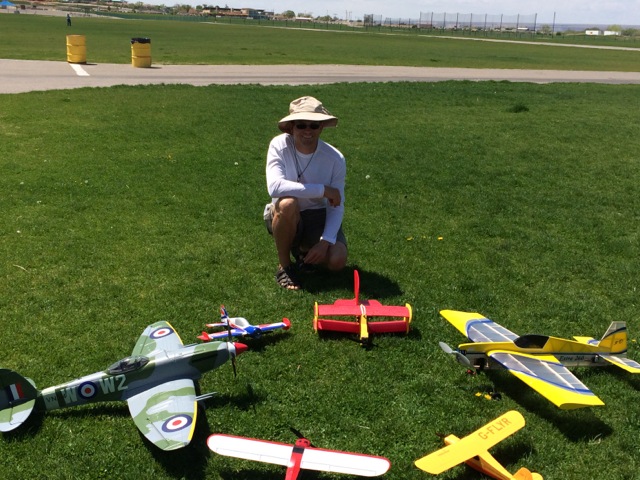 6. Altitude. Albuquerque is roughly a mile high. Some areas are lower. Some are higher. But for arguments sake we will say it is a mile high. In other words, way the hell up there. And you notice it most of the time. My non-turbocharged Jeep noticed it by displaying a distinct lack of power when compared to driving around closer to sea level. I noticed it as I hiked. Huff, huff. But for the most part I really didn’t realize I was a mile high. Good thing too as I have a mild fear of heights.

I could go on, but let’s call it a day with my list of ABQ observations. Not a bad start to my journey. I look forward to exploring other other great towns in America.